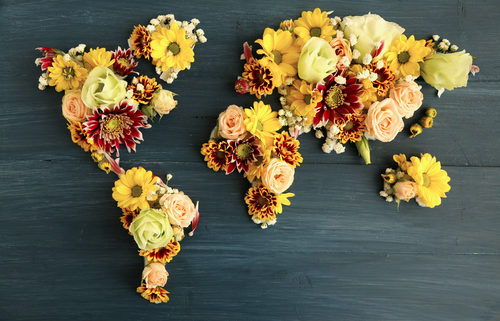 I was watching a Hallmark movie, and an ad came on. I started to fast-forward, as I usually do, then I thought, “Did I hear what I think I did?” So I backed it up. A woman in her bathrobe says, “My She Shed has no rules… no shoes, no bra…” It’s an ad for Fiber One Brownies! So basically, “I take off my bra and eat fiber brownies!”

My She Shed has no rules, but it has a state-of-the-art toilet, plenty of scented candles, all the latest magazines and an industrial-strength vent fan, because I deserve it!

Those tight-waistband pants? They hit the floor when I walk through the door.

Then, I just go where the night takes me… maybe set out a little All Bran, some Benefiber.

I made up the rest of it, but I think that ad is hilarious. I can only imagine it was thought up by some guy who saw some Pinterest pages on She Sheds and thought, “This is what the women want! We can tap into this market!”

I’m having a little fun with the idea, because I hope it will make you laugh, too. See, I think our humor needs to be more gentle, like the fiber-containing food products in the Fiber One Brownie She Shed, or perhaps as Activia, the probiotic-containing yogurt that helps Jamie Lee Curtis stay regular. And not harsh, like chemical-containing laxatives.

There’s a lot of harshness out there right now in the world of public discourse. Harshness and bloating. It’s agitating!

I have cut back on Facebook, I never watch the TV news, and if I could, I would prefer to read the news in print – because people who write letters to the editor can’t do it anonymously, thus they tend to have a little more self-control – i.e. maybe they actually read over it and think about what they said before they hit “send.”

Have you ever read the comments on the Washington Post, or LA Times, or basically any newspaper or news site? Most of them, first off, have trolls. Jerks. Sometimes, I understand, they are jerks who get money from somebody to demean anyone with an opposing viewpoint, but I think most of them aren’t paid. I think they like being mean, and justify it with self-righteousness because of course, their view is the only right one. They’re enlightened.

They’re not that enlightened, because they can’t tolerate even hearing from the other side. Also, I think there are a lot of people out there who might not be very nasty in public, but they sure let it fly in private.

Maybe it makes people feel good, for about a second. Then that little burst of feel-good hormone goes away, and they do it again, like a hit of a bad drug.

It’s just unpleasant. I’m not going to bring you down with examples; I’m sure you’ve seen them, from every political party and pro- or anti- social viewpoint you can think of. The worst thing is, it incites others to behave just as badly – like the crowd shouting, “Boil that dust speck!” in Dr. Seuss’s Horton Hears a Who. It’s easy to get sucked into the group mentality.

As a culture, we’re getting sloppy. I’m picturing a bunch of military raw recruits, shirts not tucked in, poor posture, not knowing how to make their bed with a blanket so tight you could bounce a quarter off it, or shine their shoes, maybe badly in need of a haircut, too. That’s us. We’ve stopped making the effort to be civil. There’s nobody like Sergeant Carter on “Gomer Pyle, U.S.M.C.,” or Louis Gossett in “An Officer and a Gentleman,” to whip us into shape. Now, don’t get me wrong – I don’t want anybody telling me to drop and do 20 push-ups, or telling me that I can’t express my opinion.

But I do think there should be some standards of common decency that wouldn’t compromise anybody’s ability to put their point across.

At least one website out there has a policy I really like: “This is a salon, not a saloon.” Bad language is not allowed. Insulting other posters is not allowed. Crudeness is not allowed. A moderator makes sure of this, and deletes posts that don’t follow these simple rules.

Many people weren’t as lucky, as I was, to have parents and grandparents and teachers and Sunday School teachers and friends’ parents to set standards and expect you to stick to them. People to say, “Do you kiss your mom with that mouth?”

Maybe that’s part of the problem: If everybody talks like they’re in the sewer, why shouldn’t they be that way in social media, too? When even prime-time network TV shows have basically nothing that’s off-limits, when a lot of songs have bad words and crude themes and celebrities have profanity-packed diatribes in public, how would anybody know that’s not actually a good way to comport yourself?

I could go on, but you get the idea. I just have one simple suggestion: How about all those big newspapers, Youtube, Facebook, Twitter, etc., set a standard or two? No profanity. No personal attacks at the someone who doesn’t agree with you. Attack the ideas, instead.

That doesn’t mean you can’t get your point across. But it also doesn’t mean you have to take the cheapest, lowest-class road to get there, either. H.L. Mencken eviscerated his critics; so did William Randolph Hearst, and William F. Buckley, and Dorothy Parker, and Jonathan Swift, and Juvenal, the ancient Roman satirist. Heck, they weren’t always gentle, either. But they weren’t as harsh as chemical-containing laxatives, and they didn’t resort to profanity. Maybe we could all just try to have a little more self-control – at least leave the bra on, until we get to the She Shed.

The Human Comedy
Scroll to top