When my aunt developed dementia after a stroke, she had to move to a nursing home.  We asked what possessions she could take along to remind her of home, and were surprised by the answer:  Not much.  It turns out that clutter tends to make people with dementia agitated.  It’s stressful for them.

What I got from this is that when it comes to clutter, someone with dementia is the canary in the coal mine – more sensitive to problems we may not even be aware of.  Clutter probably makes all of us more stressed, but we have more of a buffer of coping skills to let us ignore it or suppress any anxiety caused by having junk on every single surface and no place to set down a drink, so much stuff that we can’t find anything when we need it fast.  Possessions that own us, instead of the opposite.  As a test, clear off a surface somewhere in your house, and see how that one area – a tabletop, a counter, a shelf – seems restful, a place of Zen and peace.  Our souls need this; at least my soul does.

I’ve been fighting clutter for years, and it’s a constant battle.  I throw out stuff all the time or give it away, but more stuff keeps coming in.  I feel like it’s kill or be killed – get rid of stuff or get swallowed up by it.  It’s not even junk; I mean, it’s perfectly respectable stuff.  There’s just too much of it.  Less is more.

But lately, I’ve realized that there’s a whole ‘nother war zone, another ongoing battle, but this one I’m not fighting as successfully.  This one is in cyberspace.   I tried to explain to my kids how peaceful life used to be without smart phones or the Internet.  On a Saturday morning, for example, I would simply wake up.  I didn’t reflexively reach for the phone.  When I was away from work, work didn’t reach out and hunt me down like a dog wherever I happened to be.  I didn’t check e-mails, didn’t feel the need to respond immediately to text messages.  There were no text messages.  If someone wanted to call me, the landline was the only way to do it.  If I didn’t want to connect, I could just let the machine pick up, and pretend not to be home.  I don’t have that excuse with my cell phone; the expectation is that now we’re available all the time, no matter where we are.  “Why didn’t you pick up?”  “Um, I was in the bathroom.”  “Why didn’t you have your phone?”

I didn’t have to respond right away to e-mails, didn’t have to cc or “reply all” to every single comment made by a group.  I didn’t have to check social media, and like posts, or comment to stay connected.  There were no funny cat videos.  If people wanted to reach me by mail, I would find out that afternoon, when I went to the mailbox.  If I wrote a letter, I knew there’d be a stretch of a few days before I could expect a response, and that was okay.  The pace was slower.  There was more time to think.  More time to read.  Far, far, fewer interruptions.  My attention span was longer.  I didn’t feel obliged to multitask.  I think I was actually more productive. I read more books, newspapers and magazines (which now are piled up in my optimistic reading stacks – more clutter!), wrote more letters (compared to the hardly any I write now).

And lastly, there’s King Solomon from the Bible.  He’s been on my mind, too, because two people I know, who don’t know each other, independently mentioned that he was the smartest guy who ever lived.  I disagree.   Sure, he had a promising start: when God offered him anything, he asked for wisdom.   He gave the legendary answer when two women came to him, each one saying a baby was hers – but who was the real mother?  “Split the baby in half, one part for each of you,” he said.  Of course, the real mom was the one who was willing to give up her child rather than have that happen.  But Solomon lost his way; in fact, the book Ecclesiastes, which he wrote, is kind of a downer:  “Vanity of vanities, all is vanity!”  The younger Solomon seemed a lot more purposeful and happy.  What happened?  Well, I think the fact that he had 700 wives and 300 concubines had a lot to do with it. 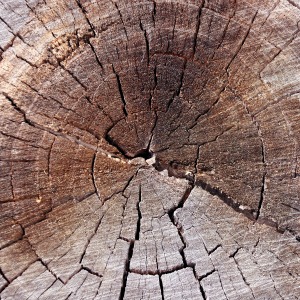 A whole lot of estrogen going on — talk about clutter!  The dude lost his way; in fact, in 1 Kings 11, it says, “his wives turned his heart away.”   Instead of sticking to the one God who had given him wisdom, he built shrines and made offerings to other gods.  He pleased his pagan wives, but he really ticked off God; because of him, God split the kingdom of Israel in two.  Solomon had all the riches anyone could want, but he wasn’t happy.  As an aside, I asked my friend, Claire Saunders Clough, a pastor, about Solomon, and her view was characteristically balanced:  “If you grew up knowing the Solomon and cutting babies in half story, then Solomon is your wise, hero-king figure.  But if you grew up with the split kingdom, multiple wives, perhaps author of Ecclesiastes Solomon, then you’ve got an entirely different picture.  All of Ecclesiastes 1 – I don’t really want that type of Solomon writing my encouragement for the day desk calendar.  Solomon had his wise moments, no doubt.  But I don’t know that I would ever want to put the pressure of ‘wisest man ever’ on anyone.  That’s just setting folks up for failure or setting our own expectations up for failure, even if that person is long dead!”

So, Solomon was human.  He messed up.  He also, in my opinion, would have done better with a lot less clutter.  So would I, and the battle continues.