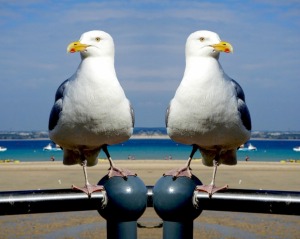 I went to bed happy last night and woke up to more senseless killing.  This one was a little different.  It was Orlando; I don’t think they’ve had a mass killing there for a while, so that was new.  Then, of course, the large scale – 50 people dead so far as I write this.  And, it was not just a terrorist attack; it was a hate crime.

In “Sky High,” one of my kids’ favorite movies, these high school bullies keep giving this poor guy swirlies in the toilet.  Finally, someone says, “The dunking must end.”  Things had to change. 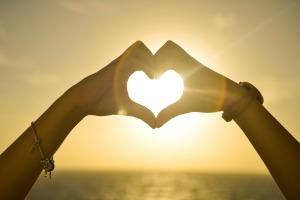 Well, it seems pretty clear to me that the hatred must end.  It’s like an infection, and it seems like our whole country’s got it – the hatred part, not the mass murder part, thank God.  Don’t believe me?  Just get on Facebook.  Or read the comments after just about any news story online.  Extra points: start counting up the personal insults from people who disagree with previous posters.  I disagree with you, so it’s okay to impugn your character and call you all kinds of names.  When did this kind of nastiness become okay?

When I was a kid, I remember seeing lots of bumper stickers that said something like, “I may not agree with what you say, but I will defend your right to say it to my death.”  That’s about freedom of speech, and in this context, it means, “We don’t agree, but that’s okay.”

Not:  “We don’t agree, thus you are stupid, and you must be controlled and mocked and maybe even put on an island and exterminated.”

Or, “I am offended by what you say, so I will conduct a hate campaign on social media and make your life a living hell.”  Does that really need to happen to prove a point?

Or, “You offend me and undoubtedly my God, therefore, I will kill you and get a cosmic reward.” 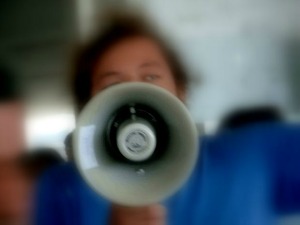 Two things have happened to us as a nation:  One, we get offended at the drop of a hat.  Then, we demand apologies, groveling, restitution, suffering, etc.  And two, instead of disagreeing with what people say or do, we decide we don’t like them, or worse, that we hate them.

What offends you?  What makes you look at someone and decide that person is unworthy of your time, attention, goodwill, or even basic common courtesy?  Is it tattoos?  Piercings?  Politics?  Sexual orientation?  Religion?  Weight?  Skin color?  Mom jeans?

Okay, here’s a confession: I don’t much like tattoos.  So you know what I do?  I don’t get one.  But that doesn’t mean I have the right to make other people not get tattoos.  If tats make them happy, and it’s not hurting me, what right would I possibly have to tell people they shouldn’t have them?  It’s their skin.  And besides, that’s not who they are, it’s just what’s on the outside.

You might look at me and say, “Good Lord, look at those mom jeans.”  (I hope not; I try to be hip, and usually have my kids help me with my fashion choices, but sometimes mom jeans happen.)  But I hope you wouldn’t hate me for wearing them.

I made some terrible hair decisions in my youth – shag cut in the 70s, perm in the 80s.  But that wasn’t who I was, it was just what was happening to my head.  I hope people didn’t judge me for them – or even if they did, I hope nobody hated me for having bad hair days.  Months.  Years.

It seems that our default now is not to give people the benefit of the doubt. 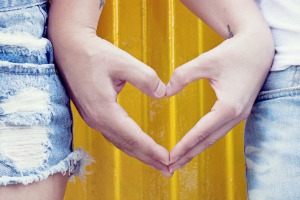 Even if we see someone who appears to be completely different from us, maybe who does things we don’t like, there must be – at least, I really hope there is – at least one thing we have in common.  Maybe we both go cuckoo for Cocoa Puffs, I don’t know.

The hatred that has infected this country has got to stop.

The dunking must end.

Getting Ready for the Close-Ups
Scroll to top