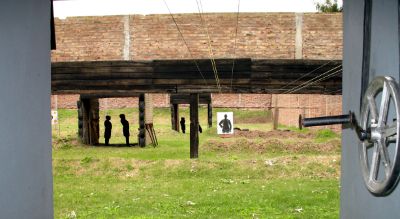 I am really proud to say that our entire family shoots well.  Josh, age 9, is completely relaxed as he aims for the target and pulls the trigger.  Blair and Andy are great shots, as is Mark.  I am a good shot, too, although I take a while to get my aim just right.  I think I can cut down that time with more practice.

Thanks to a friend from church, we have joined a gun club, and the older kids and maybe Mark are going to start competing in contests that combine speed and accuracy.  On our farm, we had a .22 rifle for varmints.  We never used it to kill anything, although if I had seen that fox that killed my beloved rooster, The Baron, and our two favorite hens, Mrs. Priddy and Lady Peckinstraw, I would have taken a shot.

Instead, we went to the shooting range, and also put up targets on trees around the farm and just plinked.  It is only recently that we have started target shooting with smaller guns — heck, I’m going to say it, that dreaded word — handguns. “Ze gun of ze hand,” as the Amish patriarch, Eli Lapp, who believed guns are evil, cautioned Harrison Ford in “Witness.”  I don’t think guns are evil.

In fact, the people at the gun club and at shooting ranges are some of the nicest people I’ve ever met.  Unfailingly polite, respectful, and totally obsessed with safety.

Two friends, both shooting instructors, spent three and a half hours with us last week, helping us shoot better.  The entire three and a half hours was also one relentless course in safety.  They drilled it into us, as they always do.  Layer on layer of redundant safety procedures, so if you forget one thing, you’ve got two or three more safeguards in place.

These are not the people who need to have their guns taken away.  Instead, these are your best bet for someone to save your butt if you are ever, God forbid, in a situation where someone starts shooting in public.

I would much rather have my kids learn about guns from guys like these than to keep them in misguided ignorance and have them accidentally get shot or shoot someone else because they didn’t know what they were doing.  In fact, I think everybody should take a gun safety course, even if you’re Amish, even if you’re the most fervent gun control advocate there could ever be.

Because guns happen. If you take them away from the people who are law-abiding and safety conscious, then only the people you really don’t want to have guns will have them.  Having just the fear of guns, without the practical knowledge of how to disarm one, is kind of useless, and it promotes the wrong kind of fear — like in Harry Potter, where people actually give Voldemort more power because they are afraid even to say his name.  Instead, he’s “you know who,” or “he who must not be named,” and he has a lot more power than he deserves.  I’m sorry that in our culture, this is even a controversial position. 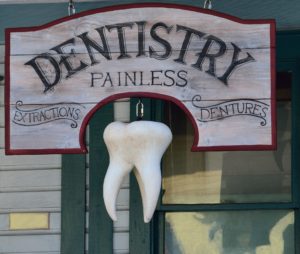 Halos vs. Cuties
Scroll to top