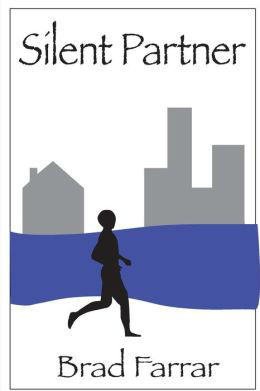 It’s summer.  Time for escaping to somewhere… how about the fictional town of Bristol?  It’s got a little bit of everything — murder, bribery, jury tampering, vote buying, and gambling!  And it’s a fun read!   Part John Grisham, part Tom Clancy, a page-turner that’s also got a lot of humor, and unforgettable, richly drawn characters.

Silent Partner is the first novel by Brad Farrar, a lawyer and Lt. Colonel in the U.S.M.C., who in his day job is a deputy county attorney in Columbia, South Carolina.  Like his protagonist, Sean Piper, Farrar (a Lt. Colonel in the U.S.M.C. Reserves) is a Marine judge advocate — but he says the similarities stop there.  “I’ve  drawn on my experiences with the Marine Corps, but I am not Piper. I can’t run as fast as he can, and he’s already figured out what he wants to do when he grows up.”

Farrar hopes Silent Partner will be just the beginning for Sean Piper.   “The plan,” he says, “is for Piper to appear in adventures that track his military service and civilian career as a federal agent. I’m finishing the second story now. We’ll see what happens from there.”  Set in Bristol, a fictional southern city, Silent Partner begins with the death of District Attorney Michael Pomerantz.  The list of suspects includes every thug he put away, jilted lovers, jealous husbands, and even disgruntled members of the defense bar.  The list narrows in a hurry when staff attorney Piper—home awaiting orders to active duty—hears Pomerantz’ killing on a supermodel’s answering machine. What’s on the tape can destroy a mega-law firm, its in-over-his-head senior partner and his billionaire client.  It could also cost Piper his life.

One of the plot threads involves gambling and a Native American tribe being exploited for the tax breaks to its casino.  “About the time I began to think about fiction writing, an interesting trend was emerging,” says Farrar. “States that traditionally had avoided gambling were getting into the business.  So you had things like government-run lotteries to fund education. That way it wouldn’t be a vice since it was ‘for the children.’  Now you see absurd commercials where the same officials promoting the games tell people how to get help if they become gambling addicts.  You can’t make this stuff up.”

So, where is Bristol?  “Anyone familiar with Atlanta or Charlotte or Tallahassee or Mobile will be able to identify with the setting,” Farrar says. “There’s hot weather, cold beer, beautiful women, uneasiness with the federal government, a slight inferiority complex and more than slight money problems. Gambling is the easy way out, which leaves Piper to follow the money.”  And also find a killer.

Silent Partner is available in paperback on Barnes and Noble.com and Amazon, and also in Kindle form on Amazon.

The Captain and Kohlrabi