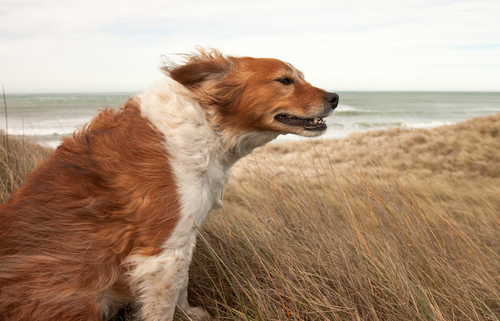 It’s a spit storm right now, people!  We’re right in the thick of it, and several things can happen in these trying times:

We can freak out.  Well, I think the current national coronavirus toilet paper shortage is evidence that this has occurred.  Good news:  we’re a nation of wipers!  So, there’s that.  The extreme is, we’re hunkered in our bunker (go ahead, feel free to use that as your next album title), with that black grease paint that football players put under their eyes to cut down the glare, or maybe face camo, looking at our stockpile of canned goods, pasta boxes, and mountain of toilet paper and hand sanitizer, and waiting for somebody to come try and take it.  I don’t know about you, but I don’t want that!

We can be mean to each other.  There’s been plenty of that, too.  I live in a wonderful town called Prescott, up high in the mountains of Arizona.   The people here are almost always nice to each other.  They’re good people, and I will never, ever forget how tens of thousands of us turned out when the 19 firefighters from Prescott who died battling a horrific wildfire were brought back home.  People lined the streets, sitting for hours and just waiting for the hearses, accompanied by fire trucks, ambulances, and police cars.  They had flags and signs, but it was far from festive.  People were quiet and respectful, and grieving.  It was 19 of our own who died keeping the rest of us safe, and it was one of the most painful, raw, and hard-even-to-fathom things we ever went through.  But we did it, and the whole town came together.

That said, something really weird happens when these same people get on the Prescott Facebook page (and I have to do whatever the opposite of a shout-out – a shame-out? – to the moderators of that page; they could put a stop to it, but they don’t).  People are nasty.  They use the F word.  They insult people who post.  They love to hate on any of the vast tide of people fleeing the insanity and unlivability of California who have dared to move here for a better life.  When a new business opens, they give it bad reviews, instead of being glad that somebody felt strongly enough about this town and felt committed to offering something that might make it better and wanted to open up a new restaurant, or store, or food truck.  It’s really crummy.  I know this kind of online meanness and troll behavior happens a lot of places, but it really gets me.  It shouldn’t happen here.  But it does.

These same people also morph from the nice Dr. Jekyll, who lived to help his fellow man, into the awful Mr. Hyde when they go to Costco.  On a good day!  When all is well in the world, they block or even bump people with their carts, ace each other out for food samples, and just generally act like gluttons.  In the parking lot, showing no consideration for any other human, they rudely hold up a whole row for 10 minutes or more to get a good parking space.  That ain’t right.  Unless you need a handicapped spot, park a little further away and walk off the samples you’re about to pig out on, for God’s sake!  Burn a calorie or two!

Now that it’s all hit the fan, the Costco crowd has gotten even uglier.  Costco should have stopped the person who bought an entire pallet of toilet paper – either a hoarder or a scalper.  Safeway should have said no to the individual who filled three shopping carts with toilet paper.  I know, hindsight is 20-20, but if there had been some limits, maybe people wouldn’t be stealing the toilet paper from public restrooms, including at the hospital, where they’re also stealing masks and hand sanitizer.  My husband, Mark, texted me a picture yesterday of zero toilet paper in the endoscopy unit.  That is low, people!

But panic, fear, and despair aren’t going to help anything.   In fact, the opposite:  they’re just going to hurt us.

So, what can we do?  We can start by being nice.  I have awesome neighbors, and I told them that if it gets really bad, we can make neighborhood soups!  Even if we eat it separately while social distancing.  I highly recommend the children’s book, Stone Soup.  It’s based on an old French tale about hungry soldiers who trick greedy, suspicious townspeople to contribute some of the ingredients they’ve been hoarding to make a delicious soup that everybody ends up enjoying.  Everybody kicked in a little, and it was great.

We can work together.  Even if we’re social-distancing and self-quarantining, we still have technology that lets us talk to each other.  Even without technology, people are making a difference.  Who hasn’t seen people on lockdown in their apartments in Italy, singing and dancing together on their balconies?  Who hasn’t watched, with tears streaming down your face, the magnificent tenor serenading the sunset on his balcony?  Okay, maybe that was just me bawling, but still:  there’s got to be something nice you can do for someone else today, even if it’s just picking up the phone to make sure a neighbor is doing okay.

We can have faith.  I should have put this one first, because it’s really the key to the whole benefits program, as Peter Falk said in my favorite movie, “The In-Laws” (the 1979 original with Alan Arkin!  It was sacrilege to do a remake, just putting that out there.)  We are supposed to have hope, and it starts with faith.  There have always been trying times – like World War II, or the Great Depression, or the Spanish Flu pandemic of 1918, or the American Civil War, with its 620,000 casualties.  And those are just the fairly recent ones!  Every generation has awful things happen.  But people get through it.  They KPO “Keep Plodding On,” as Winston Churchill said.  (He also said “Keep Buggering On,” but not in polite company.) As the Roman Stoic philosopher, Seneca, said, “vivere militare est.”  To live is to fight.  You have to fight!  Not with somebody else, ideally, but fight against hopelessness.  Fight for hope, and fight for courage, and fight for kindness.

We actually turn out better with a little adversity; it makes us stronger.  What’s my proof?  Every spoiled rotten kid or bratty adult you ever met who either never had to work for anything, or never had anyone use the word “no.”  Also, my proof is a field trip I took with my son, Josh, to the University of Arizona’s Biosphere when he was in the fourth grade.  The biosphere is its own microenvironment, complete with a mini-forest, all enclosed and protected from the elements.  I saw an acacia tree, and asked why it had stakes holding it up.  It turns out that trees need wind.  Trees that live outside, where there’s wind, get stronger, to keep themselves up.  Their wood changes; it’s the tree version of developing abs and core strength.  I found a nice article about it if you want to read more. Trees that grow up without wind are weaker and more likely to flop over or snap at a big gust.

If you’re a Christian, you may be familiar with what the Apostle Paul had to say about trying times, or tribulations, in Romans 5:  “Therefore, having been justified by faith, we have peace with God through our Lord Jesus Christ, through whom also we have access by faith into this grace in which we stand, and rejoice in hope of the glory of God. And not only that, but we also glory in tribulations, knowing that tribulation produces perseverance; and perseverance, character; and character, hope.

We can listen.  A lot of people are scared, worried, and afraid – if not of getting the actual pandemic itself, of not having child care since all the schools are closed, so the parents can go to work.  Afraid of not being able to pay the rent, because their business has closed.  They need somebody to talk to.  Maybe we can help, too:  go pick up groceries or a prescription for someone who’s older or high-risk.

Little things matter more than ever right now.  It may not seem like it, but your day will be better if you get up and get dressed.  Make your bed.  I am a big fan of the FlyLady, who helps people get organized and establish simple routines.  Her first tip: get dressed to shoes.  If you have your shoes on, you’re ready to do anything.  It’s just a little bit of armor to help you face the day – like putting on lipstick.  Her next tip:  clean out your kitchen sink.  Your counter may be cluttered, your life may be a mess, but by golly, if your kitchen sink is clean and not full of dirty dishes and old food, the world looks just that little bit better.  What little things can you do for yourself to help you face the world?  I hope you think of some things and do them!

This Saturday night, when we have our regular church service, I will be one of just a few people there.  That’s because church is closed, and we will be live-streaming the service on Facebook.  I play piano in the band, and this week, I will be singing with my dear friend, Leigh, one of our favorite songs:  “Take Up Your Spade,” by Sara Watkins.  The last verse is, “Give thanks, for all that you’ve been given.  Give thanks, for who you can become.  Give thanks, for each moment and every crumb.  Take up your spade and break ground.”

It’s bad right now.  But we can help each other get through it.  Take up your spade and break ground.

I Miss the Mall!
Scroll to top