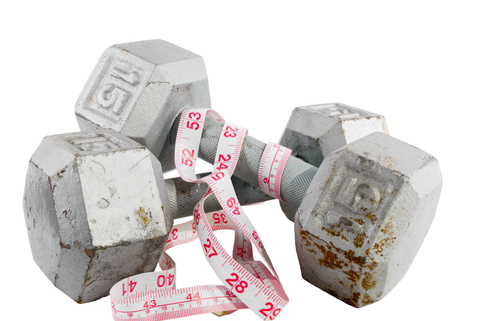 It has taken me six months, but with the help of the Lose It app I have lost fifteen pounds. I’ve changed the way I eat, certainly the amount I eat, because apparently my daily calorie limit is about 1,200 a day. I did not know this. I thought if I just didn’t eat a lot of junk food, I was doing fine. I thought if I exercised more, I would lose weight. I was wrong.

Here are some of the other things I have learned.

First and foremost, pooping is a privilege, not a right. Who knew? Apparently, you have to have a certain amount of daily fiber, which I was getting back in the blissful days when I just ate whatever I wanted, didn’t think about it, and just lived my life. But then I got the Lose It app, and its slogan should be: “You now have to count your calories every day for the rest of your life, and you have to make every single dang stupid calorie count.” So until I figured out how to live within my caloric means, I had to make either-or choices, and I erred on the side of protein.

Protein doesn’t make you poop.  This I also did not know, so yeah, that was a cranky couple of days.  Another thing I learned: Protein also doesn’t feed your brain.

You have to have some carbs. Carbs are good for the brain. I thought I was being so virtuous and Paleo, just eating lean meats, and some fruits and vegetables, but clearly not enough (see above). Then I started having problems remembering words. I am a writer, and I could not think of words! I don’t know how to convey the horror of this, except maybe the gaping maw of the Sarlacc – the sand monster in the pit near Jabba the Hut’s place, in whose belly, as C-3PO explains, “you will find a new definition of pain and suffering as you are slowly digested over a thousand years.” That’s how scary it is for me not to be able to think right.

I told my husband, Mark, this. Mark is a doctor. He said, “It’s the diet. You need carbs. Eat a cracker. Drink a Coke.”

Mark, a very wise husband in addition to being an excellent physician, knows my love of the Mexican Coke, which is made with cane sugar the way Coke used to be – not “Original” Coke (original, my butt!), which has high-fructose corn syrup, and not that crap with the green label and stevia. Mexican Coke is God’s Coke! I usually drink one bottle over the course of a day, a little shot at a time. But I digress. Mark was right. I was convinced I was doing the right thing, just eating protein and some vegetables and fruit (again, clearly not enough). And yet – in my job as a medical writer, I cover a lot of research on dementia, and I had myself all worked up, thinking: “Oh, God, it’s starting!” So I Googled “on a diet can’t think” and found all kinds of articles talking about how your brain needs carbs, and how the lack of carbs actually hurts your brain.  My daughter, Blair, has been telling me that I need to worry more about eating a balanced diet than counting calories.  I didn’t listen to her, either.  I now publicly acknowledge that she was right, too.

I started eating more carbs, and I immediately felt better and could think again.  I am considering stockpiling Tater Tots.

When I lost 10 pounds, the Lose It app sent me a congratulatory message, saying that 10 pounds is what an average watermelon weighs, and I had lost the equivalent of that. That made me feel really good. I imagined carrying a watermelon around, and how heavy that was. The weight loss has been so gradual, I haven’t really noticed that I am no longer carrying around a watermelon. I just feel better. I want to lose about three more pounds.

The thing is, the more weight I have lost, the more I realize, food is good. Food is really good. Out here in the mountains of Arizona, I think about water a lot, and at least once a day, as I’m watering my plants, the words “water is life” pop into my head. I put water in my piano, to keep the humidity up. I water my indoor plants. I water my outdoor plants. We even installed a mist system to cool down the back deck and help our plants with very tiny amounts of water. I had never seen such a thing until we moved here and went down to Phoenix, where they have them outside just about every store and restaurant. So, definitely, water is life. Go, water! But food is life, too, and when you don’t eat enough, you feel like crap. If you don’t eat the right kinds of food – just Cheetos, for instance, or just junk food, or not enough salt, not enough carbs or protein – you feel like crap. And take it from me: not enough fiber, you feel like crap. Oh, the irony.

Time Travel and Murder, She Wrote
Scroll to top