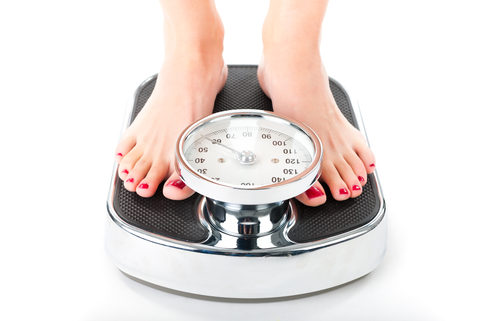 Okay, so I’m trying to lose some weight. It’s just a few pounds, but even though I have been exercising regularly for years, for sinister and mysterious reasons those extra pounds have not come off.

It’s my dang tummy. I’m the Pop’n’Fresh Dough Girl. My youngest kid, Josh, says it’s “extra muscle,” and I always blame it on having borne three children –at least, I tell my kids it’s their fault – but Josh is 14, so I’m pretty sure the old statute of limitations clock is counting down on that excuse. Deep down I know, as Jimmy Buffet says, it’s my own damn fault.

Having said that, I hasten to add that belly fat is notoriously evil. It’s the “heart attack” fat, and it does not give up its hold without a fight. Because it’s winter, and this is when the kids and I always rewatch the entire “Lord of the Rings” movie trilogy, I am also thinking, “Friendship with Saruman is not lightly turned aside.”

Like Tolkein’s nasty wizard, Saruman, belly fat is creepy. And, like a barnacle on a whale – oh no, I guess that makes me the whale – it’s tenacious.

Now, you may be thinking, “Duh, Sherlock,” and you’re absolutely right. Of course it’s calories. But in my defense, I really thought I was eating a pretty healthy diet. I don’t drink soda, I don’t eat a lot of fried foods, I eat lots of veggies and lean meats. I exercise.

IT DOESN’T MATTER. I now understand this with bleak certainty.

If you were around in the ‘80s, maybe you remember a Joe Jackson song with these lyrics: “Everything gives you cancer, there’s no cure, there’s no answer.” Well, as I finally understand that, at least in our society, everything has more calories than you think.

What caused this blinding flash of insight?

It’s called Lose It. The app makes it very easy to log in every single thing you eat or drink. I have mixed feelings about it.

Well, mostly I hate it, but I’m going to keep using it, because it’s working.

No sugar-coating this, although I would love to have anything sugar-coated at this point in the diet: The app is a giant fun-sucker. I now have to think about every single thing I put in my body. I thought I was doing that before, by making healthy food choices, but that’s not enough.

Because I am a fairly small in stature person, and because I’m of a certain age, my daily caloric intake is … not a lot. It was 1,333 calories. Then I lost a couple pounds and as a reward – that bastard app lowered my daily caloric intake! Now I am allowed a miserable aliquot of 1,313 calories. It’s not losing the 20 calories that bugs me so much; it’s the principle of the thing. Here I am, painstakingly recording every single mouthful of food and sip of beverage, and I get punished for success.

So, breakfast. A two-pack of Nature Valley Granola Bars, peanut butter flavor, is 190 calories. I don’t drink coffee, but I drink a lot of unsweet tea, which is good – no calories there. But I really need my daily one or two Starbucks Very Berry Hibiscus packs, which I buy in bulk on Amazon and mix into cold water. They have caffeine. They also have 70 calories each. How about a yogurt? Well, the ones I like range from 140 to 170 calories.  I can have either the granola bars or a yogurt, then have the other as a snack later in the day.

Lunch: Stripping my life down to basics, a lone can of Starkist Solid Light Yellowfin Tuna packed in extra virgin olive oil is 230 calories. It’s less if you get it packed in water, but geez, I need the oil. It tastes better.  I add lemon juice, just a squirt – I don’t count it, sue me – and some spices, and it’s pretty good.

Last night, we got takeout from Chipotle. I had 650 calories left from my calorie-pinching breakfast and lunch, but it was still tough not to go over that limit. Fortunately Chipotle puts calorie counts on the interwebs, so I was able to figure out what I was allowed to eat by this app that I hate and to which I have voluntarily ceded control of my life.

I got a bowl – just having a burrito adds 300 calories, right off the bat. White rice or brown rice? I always get brown rice. Besides being able to virtue-signal about having brown rice, it’s supposed to be healthier – or so I’ve always read. But brown rice has 200 calories, and white rice has 185 calories. In the end, it didn’t even matter. I got NO RICE, because I wanted guacamole, and that was 200 calories. I got NO CHEESE, because that would have been an extra 100 calories, and I wanted to have my 5-ounce glass of wine. It goes without saying that I got NO SOUR CREAM. I did get the fajita vegetables – just 20 calories – and lettuce – a whopping 5 calories. I got tomato salsa, just 20 calories. I got NO CHIPS, which I really wanted. You know why? Because they are a stinking 570 calories. Well, that explains a lot!  Nor did I get the queso dip. I don’t even know how many calories there are in that, because I couldn’t get the chips, so at this point I was losing my will to go on.

Tonight, I made turkey chili, 230 calories for a cup. I added black olives, 5 calories a pop, and one ounce of grated cheese, 100 calories. I had an Angry Orchard Crisp Apple Hard Cider, 190 calories. I spiced up the chili, with Josh’s help.

Because I was hungry and no longer thinking clearly, my brain just kind of took it from there.

“Well, Lose It app, you’ll never get my spices! Because I’ll never report or count them! Ha!” And believe me, that “Ha!” was every bit as dashing and bold as anything Errol Flynn ever uttered as Robin Hood in the best movie version of that story.

Then I flashed to Jimmy Cagney as the “come get me, copper – you’ll never take me alive” wacko gangster Cody Jarrett in “White Heat,” as he goes out in a literal blaze of glory: “Made it, Ma! Top of the world!”

Then, I don’t know what happened, but I went leprechaun. “They can take my carbs, but they’ll never get me spices! They’re after me Lucky Charms! They’re magically delicious!”

What I wouldn’t give for those marshmallow hearts, moons, stars, and clovers – that frosted oat cereal with the sweet surprises.   I normally don’t even like that cereal, but now I want it.  I want it bad.  Just add it to the list of things I won’t be having until I reach my weight loss goal – and even then, I’ll just have a very small portion.

Now I understand how this app got its name. Because I’m losing it. I’m really losing it. 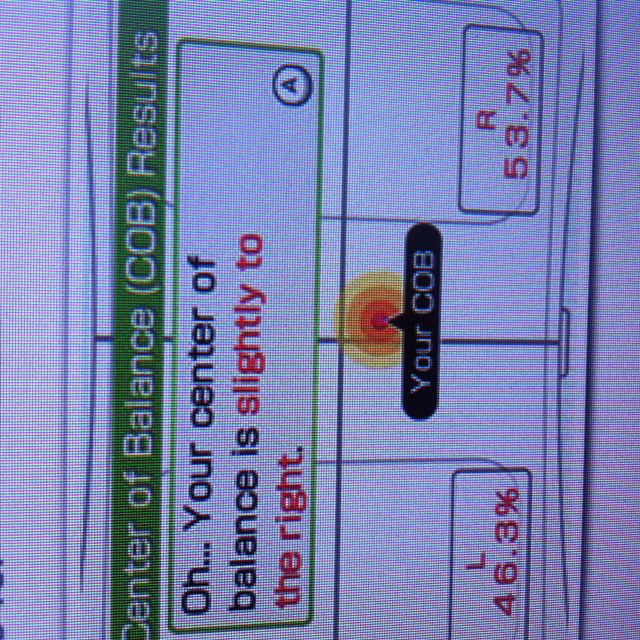 Houston, Wii have a problem
4 replies

Better to Be Gentle, Like a Laxative
Scroll to top