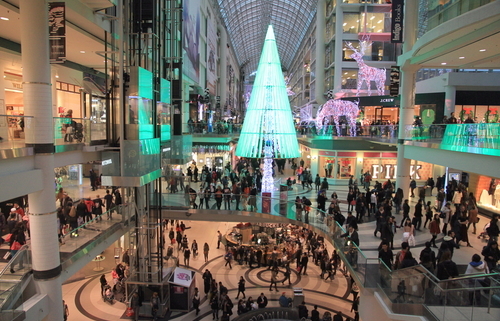 I miss the mall.  So much.  Not our current mall, limping along with its few stores, just hanging on by a thread and devastated by yet another blow, aka global pandemic.  No, I miss the mall from back in the day.

I miss the mall packed with people, no stores boarded up, where if you lucked into a good parking spot, it just made the whole trip even better!

I miss the food court.

I miss going to Auntie Anne’s for a pretzel, and wondering if I will get it with cheese dipping sauce again, or if I will ever branch out and try something else.  Spoiler: I never branch out.  It’s always the cheese sauce!

I miss smelling Chick-Fil-A all over the mall and wondering if it’s lunchtime yet.

Speaking of Chick Fil-A, I miss getting up at 4:30 on Black Friday to go with my sister-in-law, Carole, for the Doorbusters, with our coupons we’ve cut from the Thanksgiving newspaper, armed with a long list and fueled on Chick-Fil-A breakfast Chick-n-Minis and a Chick-Fil-A Arnold Palmer: tea with lemonade.

I miss seeing the mall go all-out on decorations for every possible season, especially Christmas.  I miss the mall Santa and his North Pole scene.  I even miss the cheesy bubble-gum Christmas music that starts playing the day after Halloween.  Yes, I’ve got mall nostalgia.  I’ve got it bad.

I miss Pier One.

I miss looking at formal dresses for prom with my daughter, Blair, at the Jessica McClintock store at Tyson’s Corner in Virginia.

I miss B. Dalton and Walden’s, back in the 1980s, when they actually had depth of selection and before they started selling the same five books.  Even then, I supported them!

I miss Barnes & Noble.  I miss it so much.  I miss how it smelled, with the coffee shop in there.  I miss going into the children’s book section, ostensibly to look for books with my kids, but also looking for books I loved as a kid.   For that matter, I miss great bookstores I have known over the years, such as the Little Professor bookstore in Lexington, Kentucky, Davis-Kidd Booksellers in Nashville, and Borders Books in Towson, Maryland.

I miss Sears.  Don’t laugh.  Back in the day, before some genius decided they should offer shopping carts and before they fired most of their staff, back when they had actual salespeople who worked there for years and really knew their products, and were proud of them, Sears was a great store.  Don’t even get me started on the Wish Book.  I eagerly awaited that thing and spent hours lying on my stomach on the living room rug, studying this prized document and dog-earing many pages.  Their Kenmore appliances were as good as anybody’s, better than most, and their Craftsman tools were built to last, with their lifetime warranty.  You could count on them.

I miss Penney’s.  My mom used to say any mall with a Sears and a Penney’s was one she could work with, especially for buying kids’ clothes.  My brother wore out many a pair of Toughskins from Sears, with the reinforced knees for active kids.

I miss shopping at The Gap, and Gap Kids, and Baby Gap, where the kids’ clothes were expensive, but so cute.  Oddly, I don’t actually miss Toys R Us.  They had a lot of stuff and decent prices, but they sabotaged themselves by only having one or two lanes open, so no matter how happy you were when you went in there, by the time you waited for 15 minutes in dead silence to pay for your stuff, you were just done with it.  At least I was.

I miss going to the Sunglass Hut, looking at frames that are too expensive, and thinking about someday when I can walk in and buy any frames I want.

I miss Tiffany’s and Saks Fifth Avenue, with their psychological warfare of making you open the glass door first and walk in – like you might not even be welcome – and looking at things I could never possibly afford.  Confession: at Saks, I never even shopped, but I used their bathrooms, which were pristine.  Pristine!

Speaking of snooty, from more recent days I miss the salespeople at Mac and Sephora, of every possible gender, all dressed in black, heavily made up, acting like they were doing you the biggest favor in the world – until you talked to them a little, showed you were nice, and then they mostly ended up being pretty nice, too.

I miss the kiosk for Rosetta Stone.  I just liked thinking about all those languages.

I miss the old Banana Republic and Abercrombie & Fitch, when they were super-cool travel stores with 40s music playing, impractical leather luggage, and tropical décor like you could step out on safari at any moment.

I miss going into Victoria’s Secret and feeling like it was like this secret cool girls’ club.

I miss Macy’s.  I miss going into Macy’s, Dillard’s, Belk, or some great department stores that don’t exist anymore, like McAlpin’s, Stewart’s, Shillito’s, Tapp’s, White’s, Goldwater’s, Hecht’s and Hutzler’s, and spraying myself with so many perfume samples that I become one giant detonated floral bomb.

I miss Nina Ricci’s “L’Air du Temps.”  I miss “Lauren,” by Ralph Lauren.  I miss “White Shoulders.”  Funny story: once on my break from working at Fayette Mall Cinemas in Lexington, Ky., I scampered to Shillito’s to spray myself with “Lauren,” which I couldn’t afford, and it was the exact same bottle but it was lotion!  I sprayed it all over my neck, then instantly ducked in shame because, of course, as a teenager you think everyone is watching you.

I miss the snotty Clinique ladies in their white coats, and waiting until they do me the favor of noticing that I’m standing there at the counter.

Again, speaking of snotty, I even miss Blockbuster Video.  They were so nasty about fining you if you didn’t rewind!  They had lots of fines, were arrogant and deserved their comeuppance, and I was glad when some competition like Hollywood Video came on the scene, but still.  On a Friday night for a while there, Blockbuster’s was the place to be.  There was a great video/DVD store in Charlottesville called Sneak Reviews.  It had a terrific foreign section, and lots of classic movies.  It was fun to just go to a video store and look at the world of possibilities!

I miss shopping for shoes and actually trying them on, instead of looking at Zappo’s and hoping for the best.

I miss making an effort before I went to the mall, because you never knew who else might be there.  I know, it sounds kind of like the lady I read about on the internet who likes the Dollar Store, because “you don’t have to get all dressed up like you do for Walmart,” but back in the day, the mall was the place to be seen!

Now, before you gently remind me that malls killed Main Street, just as video killed the radio star, let me say that I was a kid of the suburbs.  I could ride my bike to the mall.  Downtown Lexington was too far away, and my mom wouldn’t have wanted me going down there by myself, but the mall was safe.  And except for the Lansdowne Shoppes, an upscale-ish strip mall down the hill from our street, that was pretty much all we had nearby.

I miss going to the mall bathrooms and thinking how clean they were, especially compared to my dorm bathrooms.

I miss studying real Sterling silver patterns, and looking at crystal and china and everyday ironstone and the bridal registries, and thinking about someday.

I miss going into Williams-Sonoma and wondering how anybody could ever afford to pay $300 for a skillet.

In Lexington, way back in the day, near the entrance to Fayette Mall there was this store that was a bit of Old Black Forest Germany, with cuckoo clocks, and these wooden Christmas decorations where you light a candle and they spin round and round.   I don’t even know what they were called, and the store is long gone, but if you owned that store and on the slim chance you are reading this:  I remember your store.  I loved it.

In Columbia, S.C., at Columbia Mall there used to be this German deli, with big old barrel pickles and incredible German potato salad.

I miss Pappagallo stores, and Aigner purses, and Izod sweaters, and real Tretorns, not the fake ones they have now under the same brand name.  I miss walking in the jewelry store and looking at Add-a-Beads, real gold ones, with real 24k gold chains, and thinking they were so expensive, how could anybody afford a whole necklace all at once.

I miss walking into Bath & Body Works and smelling every single thing in the store.

I miss seeing oldsters and moms with strollers doing laps from one end of the mall to the other.

I think it’s fair to say that during the lockdown, I have helped contribute to Jeff Bezos’s net worth, which is now something like 1 percent of the U.S. GDP.   It’s pretty amazing, you can order anything in the world on Amazon, not have to leave your home, and get it in two days. 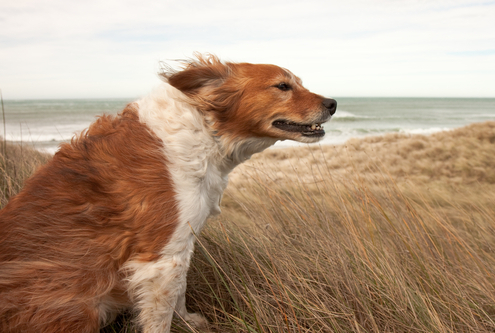 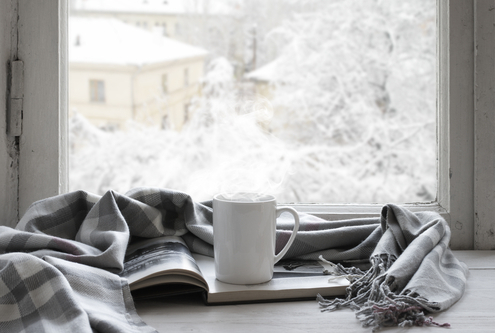 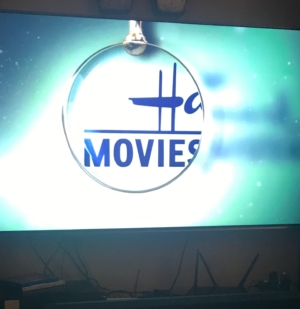 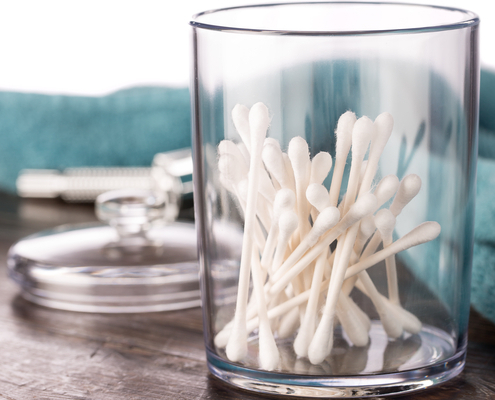 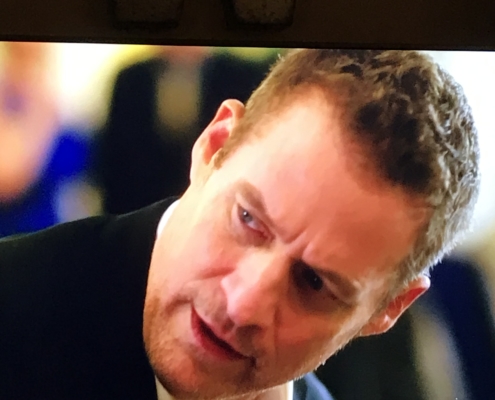 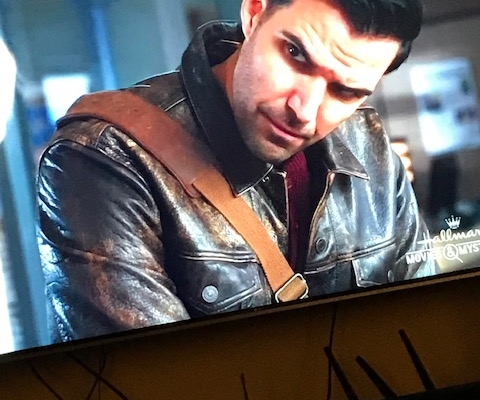